Hit enter to search or ESC to close

Cellist David Finckel and pianist Wu Han are the recipients of Musical America’s Musicians of the Year Award, the highest honor bestowed by the organization. They enjoy a multi-faceted musical life that encompasses performing, recording and artistic direction at the highest levels. Their concert activities have taken them from New York’s stages to the most important concert halls in the United States, Europe and Asia. They regularly perform a wide range of music that includes the standard repertoire for cello and piano, commissioned works by living composers, and virtually the entire chamber music literature for their instruments.

In 1997, David Finckel and Wu Han founded ArtistLed, the first internet-based, artist-controlled classical recording label. ArtistLed’s catalog of more than 20 releases includes the standard literature for cello and piano, plus works composed for the duo by George Tsontakis, Gabriela Lena Frank, Bruce Adolphe, Lera Auerbach, Edwin Finckel, Augusta Read Thomas, and Pierre Jalbert. Artistic Directors of the Chamber Music Society of Lincoln Center since 2004, they recently led the 53-year vanguard organization through two pandemic seasons, conceiving and producing over 270 digital events which sustained chamber music communities across the country. A 2022 contract extension positions them to become the longest serving artistic directors in the Society’s history. Founders, and Artistic Directors of Silicon Valley’s Music@Menlo since 2002, the festival’s innovative thematic programming and educational initiatives have set an example that is admired internationally. The festival’s exclusive recording label, Music@Menlo LIVE, has to date released over 130 audiophile-quality CDs.

Passionately dedicated to education for musicians of all ages and experience, the duo was instrumental in transforming the CMS Two Program into today’s Bowers Program, which admits stellar young musicians to the CMS roster for a term of three seasons. They also oversee the Chamber Music Institute at Music@Menlo, which immerses some forty young musicians every summer in the multi-faceted fabric of the festival. The duo was privileged to serve on multiple occasions as a faculty member of Isaac Stern’s Chamber Music Encounters in Israel, New York and Japan. In addition, the Resource section of their website (davidfinckelandwuhan.com/resource) provides, at no cost, a wealth of guidance for students on both music study and careers, as well as invaluable information for arts organizations and individuals on every aspect of concert presenting.

Born in Taiwan, Wu Han came to the United States as a graduate student, where her talent quickly came to the attention of noted musicians. Mentored by legendary pianists such as Lilian Kallir, Menahem Pressler, and Rudolf Serkin, Wu Han thrived at the Marlboro and Aspen Music Festivals and subsequently won the prestigious Andrew Wolf Award. She currently serves as Artistic Advisor for Wolf Trap’s Chamber Music at the Barns series and for Palm Beach’s Society of the Four Arts, and in 2022 was named Artistic Director of La Musica in Sarasota, Florida. David Finckel was raised in New Jersey, where he spent his teenage years winning competitions, among them the Philadelphia Orchestra’s junior and senior divisions, resulting in two performances with the orchestra. The first American student of Mstislav Rostropovich, David Finckel went on to become the cellist of the Emerson String Quartet, which, during David’s 34-season tenure, garnered nine Grammy Awards and the Avery Fisher Prize. David is a professor at both the Juilliard School and Stony Brook University.

David Finckel and Wu Han married in 1985 and divide their time between touring and residences in New York City and Westchester County.

”"Mr. Finckel and Wu Han gave eloquent and deeply committed performances. He played with a deep and burnished tone and she with a sparkling virtuosity. Best of all was how keenly they listened to each other." 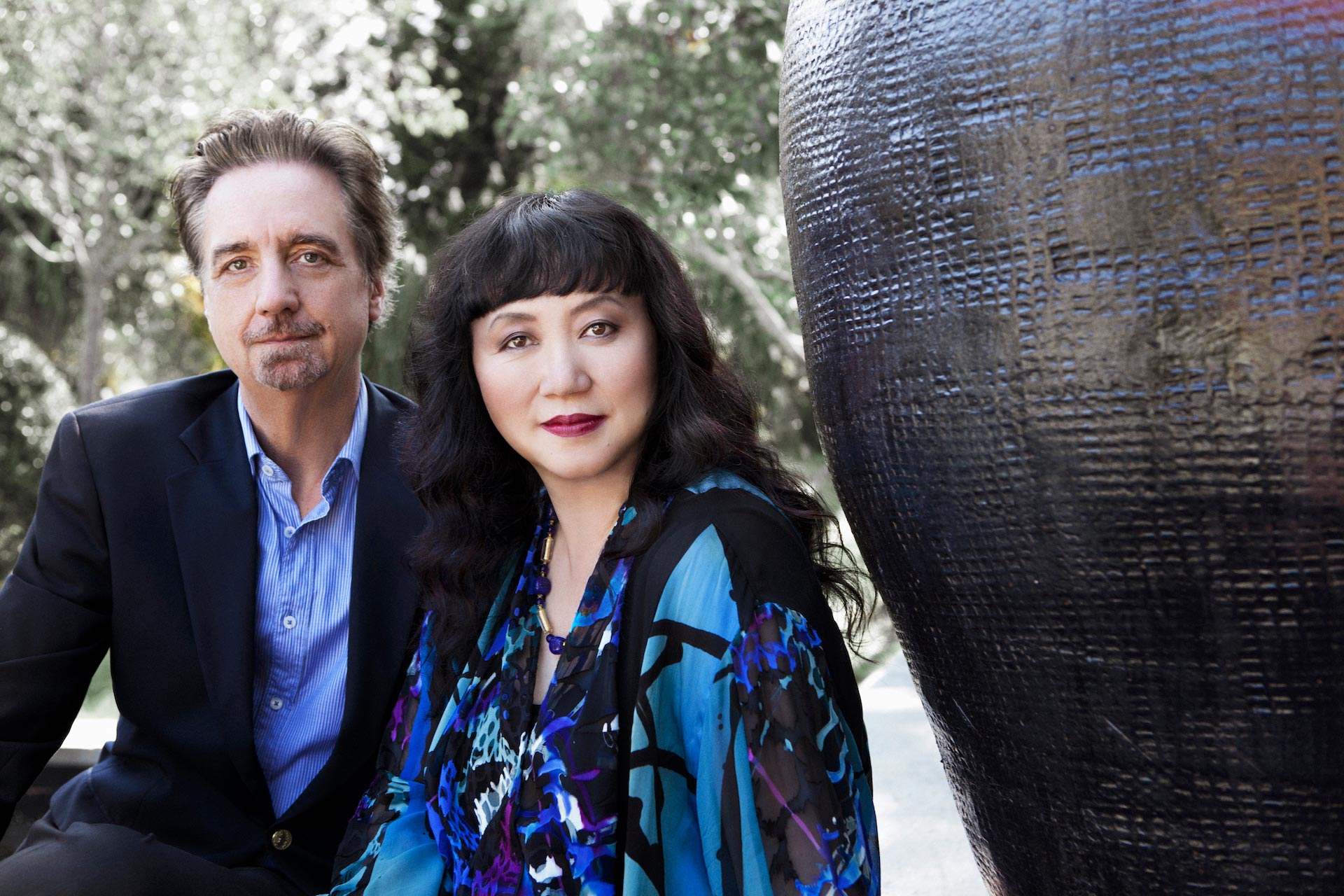